David Fogleman is the Director of Aerospace Technology at Southern University at Shreveport. A refined background in aerospace technology allows Mr. Fogleman to competently and resourcefully oversee the university’s aerospace technology program, and manage equipment and supplies. In his capacity, Mr. Fogleman is also responsible for preparing paperwork, and for serving as a liaison between the Federal Aviation Administration and the university. The field of aerospace/aviation requires exactness and precision. Mr. Fogleman has had had plenty of opportunities and has been fortunate enough to be able to take advantage of those opportunities. He also credits a host of friends who have helped him along the way in various manners. Mr. Fogleman worked as a mechanic for 30 years. Active in missionary work, he volunteers at an orphanage in India and at various Canadian Indian reservations. The Southern University at Shreveport hosts a two-year program to train and equip students toward their aircraft mechanics’ license. Mr. Fogleman is proud to make valuable contributions of his knowledge and skills toward these initiatives; in striving for excellence in all future endeavors, he also pinpoints the highlight of his career as being hired as a consultant to help a group of businessmen in Tanzania fund a maintenance school. 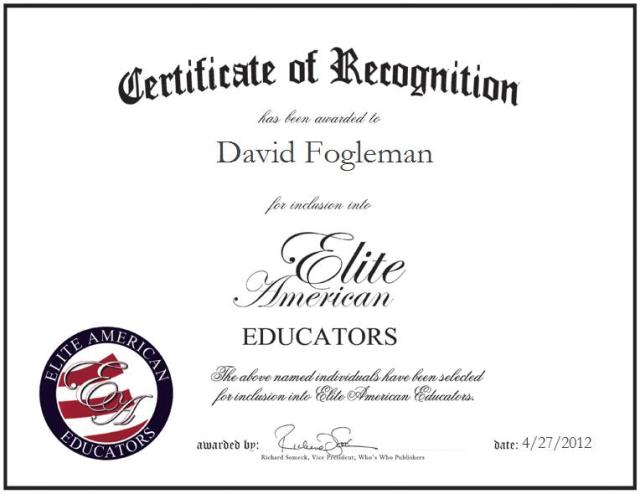