Ms. Jadaan founded the Syrian International School to implement an advanced vision of education that exceeds the standards in Syria. She has authored booklets on mathematics and English, and published Arabic workbooks for early childhood education. With a wealth of experience and knowledge of the educational field, she shines in her chosen capacity by managing school development, setting goals for program development and projects with franchise possibilities, and creating educational opportunities in Syria. Over the course of her career, she has honed a skill set in providing the necessary educational and business administrative support to ensure streamlined operations, and significantly increased proficiency.

Some of Ms. Jadaan’s favorite pastimes include reading, listening to music, writing articles about peace, and spending time with her son. 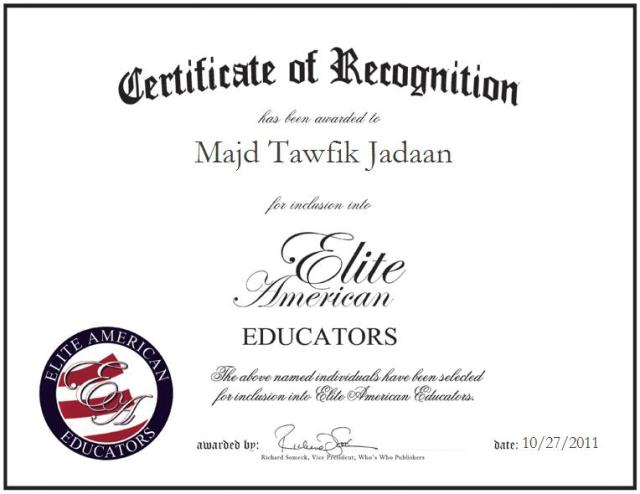