Ms. Brennan possesses a comprehensive skill set honed over a career that has spanned nearly four decades. The award-winning professional has garnered a reputation of distinction for her commitment to adhering to the standard of excellence that has long maintained by the school that she currently serves. In her capacity, Ms. Brennan is responsible for organizing the eighth-graders for placement in classes, supervising the English, special education, and English as a second language departments, and for conducting pre-conferences prior to formal observations. She is also in charge of overseeing all testing preparation and administration initiatives, and for making arrangements for speakers, as well as organizing talent shows and other programs.

Ms. Brennan was the school’s special education supervisor for four years before she became the assistant principal. She and her husband have a karaoke show called, “Lost in the 50s Entertainment,” which they present at several Long Island, New York, locations. In keeping with Region 3 and District 25’s middle school philosophy, the Adrien Block family will address the needs of every early adolescent by creating programs that respond to their physical, intellectual, social and moral development of all children. Recognizing that the process of educating children is a shared responsibility, Ms. Brennan strives to promote an ongoing dialogue among educators, students, parents, and the community, and to achieve one of the primary objectives, which is to create a nurturing environment, so that the school can grow as an educational community. 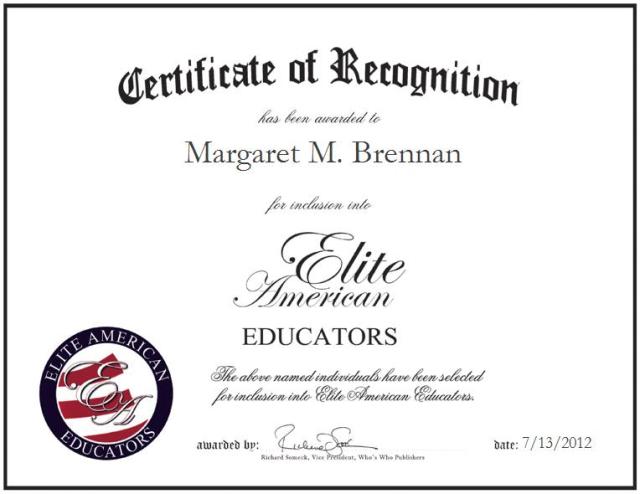