Mary Agnes Roccio is a former teacher with the Richland School District. Prior to her retirement, Mrs. Roccio made the most of her teaching expertise, and she currently tutors kindergarten through fourth-grade students, and serves as a travel consultant for festival travels. Over the course of a successful career, which has spanned 49 years, Mrs. Roccio has garnered a reputation of distinction for her commitment to excellence as an educator and community leader; she has received the following awards and accolades:

Mrs. Roccio has written, conducted and directed the school master calendar, as well as a television program called ‘Modern Mathematics in Elementary School’ in 1969. She also attended the Notre Dame Excellence in Teaching Conference in 2001. 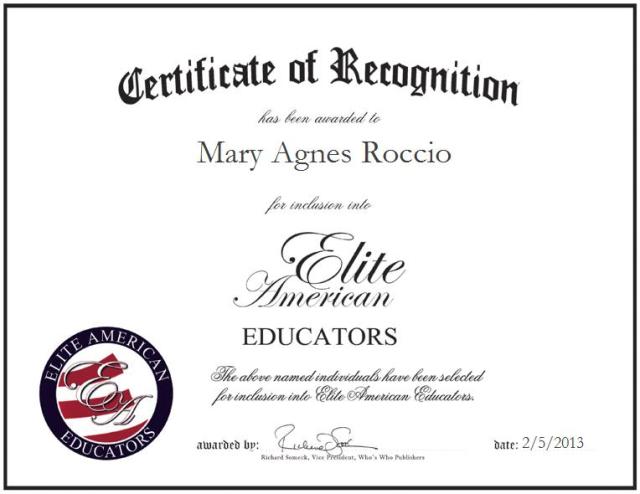