Since joining the school more than a decade ago, Dr. Silva-Burnett has helped the school grow to become an institution of excellence. As the principal of the school, she ensures the students educational and development needs are met. With a background in guidance and counseling, she is able to offer tremendous services as a leader. She has worked in the Franklin Township Public Schools district for some time, and throughout her tenure has served in the capacity as assistant principal for the elementary, middle and high schools.

END_OF_DOCUMENT_TOKEN_TO_BE_REPLACED

Wayne, NJ, August 18, 2016, Jacqueline Swanson, Supervisor of Special Education at Lakeview Learning Center, has been recognized by Elite American Educators, for dedication, achievement and leadership in teaching and evaluating the needs of special education children.

Lakeview Learning Center is a private day school that is committed to giving students the opportunity to reach their fullest potential and build up the life skills that are essential to function in the community. Ms. Swanson specializes in student learning and emotional behavioral challenges, cognitive implications in learning, and student evaluations and recommendations for remediation, and in her current capacity, she teaches special education for students with behavioral and emotional needs, oversees admissions, and interviews potential students. Ms. Swanson is also responsible for reviewing student records, counseling, handling curriculum development, managing operations, directing the school’s affairs, overseeing staff and student learning, and facilitating building management initiatives. END_OF_DOCUMENT_TOKEN_TO_BE_REPLACED

Dr. Hnat has been in charge of the foreign languages department at Houston Community College System for the past 27 years and has been teaching foreign languages since the early 1980s. She is well known for her expertise in grammar and linguistics, and speaks English, Spanish, and French. Dr. Hnat was influenced by her grandparents, who spoke Arabic, to enter the education field. She gained an interest in different languages and made the decision to pursue a career in the field. END_OF_DOCUMENT_TOKEN_TO_BE_REPLACED

Working in speech-language pathology with students has allowed Ms. Matthews the advantage of honing her gift of creativity. Often thinking outside the box to connect with and heal students, this mentality has translated well into her post-retirement endeavors. In the time since retiring as a pathologist, she has committed her time to working in a hospice to help families accept their loved ones transition, and she has taken up writing and baking to raise funds to help others.

Ms. Matthews prepared for her career in speech-language pathology be earning a Bachelor of Applied Science in communication disorders sciences and services from the University of Tennessee-Knoxville. She also earned a master’s degree in speech-language pathology from Southern Methodist University. Part of what made her so successful in helping children is her natural ability, and her belief that people with disabilities are not defined by their disabilities. She helps families to understand there is no such thing as an autistic child; there are only children who have autism. With this mentality, she has been able to help many families for more than three decades. END_OF_DOCUMENT_TOKEN_TO_BE_REPLACED

Ms. Kasyoki knew from an early age that she wanted to educate children. She has dedicated 61 years to the education industry and has been serving in her position for the past 24 years. An expert in reading and English instruction, she is responsible for overseeing of administrative duties and gap testing, teaching life skills, managing academic programs and conducting psychological testing. For her exceptional work, Ms. Kasyoki earned the South Dakota Middle School Teacher of the Year Award. Aside from her work at Kasyoki Christian Academy, Ms. Kasyoki works with a school in Kenya, as well as owns a pawn shop, a coffee and bake shop and massage and reflexology center. END_OF_DOCUMENT_TOKEN_TO_BE_REPLACED 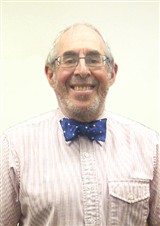 Throughout the more than 40 years of his career, Mr. Wasserman has been driven by achieving benefits for the public through socially sensitive and equitable realization regarding urban development projects. Always interested in urban planning, he decided his talents would better serve the public as a lawyer rather than a developer. Presently, Mr. Wasserman is a consultant for the New York City Economic Development Corporation, an organization focused on retooling the city to produce job growth and creation, and overall improve the quality of life. In addition, Mr. Wasserman teaches at Brooklyn Law School, where he has the opportunity to share his knowledge and skills on various projects with prospective lawyers.

After graduating from Columbia University with a Bachelor of Arts, Mr. Wasserman spent a year working with the Housing and Development Administration. It was at the behest of a mentor where Mr. Wasserman decided to attend law school. He promptly attended Brooklyn Law School and earned a JD. After graduating, he served as a law clerk in the Southern District and spent time working in a private practice. In 1985, he was named the chief of economic development division, which sparked him to support City Hall in its pursuit of economic development goals. In addition to consulting for the city, Mr. Wasserman consults for the Brooklyn Navy Yard. END_OF_DOCUMENT_TOKEN_TO_BE_REPLACED

Ms. Paschal began teaching more than 35 years ago, starting out as a teacher’s aide. As a mathematics teacher, she focuses on preparing students in algebra and precalculus. Not only that, but she is involved as the coach of the school’s mathematics team and advising on books for publication. In addition, she coordinates the school’s university interscholastic league. Ms. Paschal likens her success in educating students from the support she received when she was in high school from her instructors. Mathematics is also connected to her hobbies, where she enjoys taking pictures of natural landscapes to capture evidence of mathematical functions as they are found in the real world. END_OF_DOCUMENT_TOKEN_TO_BE_REPLACED

Who's Who Lifetime Achievement

A Who's Who roster of prestigious Lifetime Achievement inductees

The leading source for prominent military professionals in the Worldwide community.

The leading source for prominent lawyers in the Worldwide community.

The leading source for notable executives in the Worldwide community.

The leading source for prominent health professionals in the Worldwide community.

The leading source for distinguished public servants in the Worldwide community.

The leading source for skilled engineers in the Worldwide community.

The leading source for prominent physicians in the Worldwide community.

The leading source for prominent nurses in the Worldwide community.

The premier source for prominent and successful female leaders.

Deciphering fact from fiction: Providing corporate transparency for our members

The leading source for prominent educators in the Worldwide community.